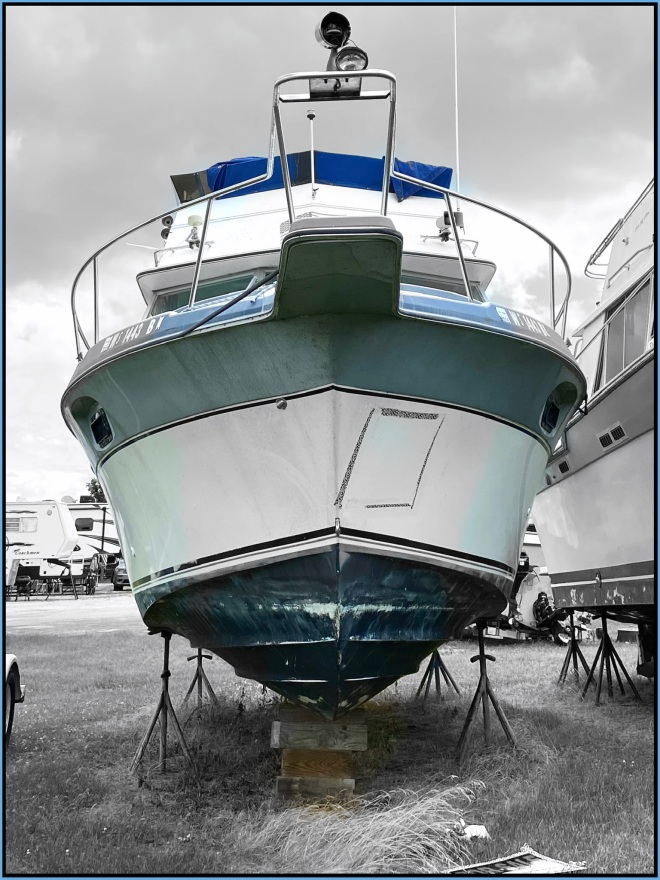 In the nights since the Owl’s Winds, there has been no other. Even one at a blustery forty miles per hour could not compare to the mighty owl’s wind which had spoken of mountains. No, that conversation continued with my eighty-five year old mother who would ask me about my time in the mountains. My father had made her a promise that he would take her to the Rockies. Their ‘somedays’ ran out nine years ago when he passed away suddenly on this day in 2012. During the last twelve years of his life, he had worked to recover from a major stroke. Both he and my mother together had worked to recover. Together they had worked to relearn how to live during those twelve years. The last two years of his life were particularly difficult in that he was no longer able to walk. His death had come quite suddenly.

My mother and I still talk of a trip to the Rocky Mountains. Neither of us is sure if we can fulfill that wish. I do not know if I can accommodate all that I would need to, in order to travel with her. Plus, in good mother-daughter fashion, neither of us is certain we could tolerate the other! (I write that with a wink, a nod and what would be a shared giggle with my mother. She and I have formed quite a relationship over the years, lasting through many a disagreement and mutual stubbornness which we would both agree is ‘part of our charm’.)

Four days ago the temperatures rose to an almost eerie sixty-two degrees Fahrenheit. Two days earlier, snows tickled the grounds white. Between the two extremes, the wonderfully eerie Worm Moon dominated the night with a brilliance belying its strange name. I had thought the spring’s first official full moon should have been named the Tulip Moon or the Chrysanthe-moon to signify the coming of flowers for Easter. In the days since, the winds have churned up yet another snowy, deep dark night infused with waxing moonlight and meandering snowflakes sprung loose from the loneliest of clouds.

The rollercoaster phenomenon of Wisconsin weather oddly impacts a person. Each day’s temperature which rises above freezing thaws more snow and ice. In the woods, one snowbank remains. Winter hangs on, grasping and gasping until the succession of heated days relaxes every icy molecule. The rivers’ ice gets eaten away from the currents underneath. The rushing waters brush away winter from the river banks. The lakes thaw oppositely. An ice island releases from the shore first as the sun bakes the banks and shallower water. The heat cooks the edges of the island. (Many who ice fish know to watch their shoreline. Spring ice fishing is the best but the ice changes fast when it decides to.)

I drove north on Highway 107. I was surprised at my urge to drive which was spurred in part by the successful operation of a stereo gadget I had purchased. “Seriously,” I wondered at myself. I had finally cleaned my Jeep, I was progressing on overdue maintenance work and I had a gadget. Nothing is terribly wrong with the Jeep but life in the last six years seems to have been a blur. Thankfully I have been fortunate in a vehicle which required no extreme amount of repairs. Plus I had purchased a lifetime warranty along with the vehicle. I have been lucky. Blessed? I suppose, but blessings have nothing to do with vehicles except that some of them are quite heavenly. Yes?

Except the radio. I could kick myself for not talking to the dealer earlier. I think it worked properly for a half year. Then, the touch screen controls ceased to be operational. The model is a basic factory installed radio with CD player and standard USB-type charging capabilities. No bluetooth. How spoiled can I be?

Totally spoiled. But the warranty covers everything, with a deductible, except radios. Sigh. I had planned to replace the radio with one of ‘like kind’, then bluetooth myself into musical bliss with a twenty dollar adaptor gadget.

Three times, I failed to get the magic gadget working. Three times. The originally installed radio has never or almost never been able to adjust the stations with the touch screen. I flip through stations using the steering wheel buttons. Through the years, the practice became one of those everyday things we all do when a modern gadgetry does not function the way it was intended. It was never life or death. But when I am trying to sync the adaptor with the radio, I need the functionality of choosing a blank FM station.

Of course, that same functionality is unusable on the radio. Frustrated, I called the Jeep dealer. (Yes, an illogical step). I am still embarassed that I became a customer who found it necessary to purge frustration. Yep, I became that customer. Talk about ‘biting that hand that feeds you.’ Oh, I gave her my reasons for why the radio should be covered by warranty and now I have this gadget which is useless. She offered to help. She went to the service manager to figure out what options I had, as if they really were required to give me options.

I sat in a bank’s parking lot. “One more try,” I whispered to myself. I looked once again at the instructions. I changed the station on the radio.

Disbelief. The two synced. Partnered. Faintly I heard my playlist through the rollbar speakers. I felt like crying, then I became mortified. The service expert (I do not know her actual title, but she told me she was still learning her job. She handled me expertly) was going to research possible solutions. Even if she was not actually going to research, she said she was. In the hour which we went back and forth, she had returned my calls. I called. The receptionist said that my service expert was with another customer. I confessed to the receptionist. “Please tell her she need not waste her time. I have it working. I am so sorry, and please know how wonderfully she handled me.”

What does a lady do, when she has a new-found capability to blast her playlist through rollbar speakers? Um, she drives. I had the day off and I had my old music which felt like new music. I had a clean Jeep and spring weather. Too chilly yet for open windows, much less a topless version of the Wrangler, the road called out. That, and the sparkling, winding waters of the Wisconsin River north along Highway 107.

I have a smattering of memories of my father. Today, I cry a bit. My brother and mother pause in their Saturday. We reach out to one another. “You okay?” And we remember this day nine years ago with eyes filled with the tears of shock. The disbelief still lingers.

But I must believe my father would wish us not to cry for long. I would like to pretend that he is extremely proud of me. I am not so sure any longer of the truth of that belief but I smile as I think of talking to him. Whether he was proud or not, I can see him put his index finger to his lips, searching for a point to be made and thoughts he might wish to share.

And I would hang in anticipation. Then I would laugh. He would shake his head in his own disbelief.

I was his ‘problem child’. And he loved me.

The most difficult times in my life were when I tried desparately to not be the ‘devil’ child. My grandparents and my parents would comment that I would have a spark in my eyes. What a gift to remember that today. “Thank you, Papa.”

And just when we would start to talk seriously, we would instead decide that I needed to get us a Coca-Cola or a coffee.

Several times in as many weeks of 2021, a strange stillness has overcome my soul. It is a goofy realization, really. Perhaps it is the result of too many hours in the life of a commuter. Who knows? I realized too that I am happy. I know the politically correct description of such a state of mind is the adjective ‘contentment’.

Sure, but I am happy. Historically, my family has believed to temper happiness with the thought to not feel too happy because fate knocks at ones door. But, in true pseudo-rebellious, childlike ponderings, “What if I lived happily and as happily as I could possibly muster?”

As I drove on 107, I thought of the night of the Owl’s Wind, with an impact upon ones soul like the sight of the Rocky Mountains. One so movable; the other, not so. Both forces a reminder of nature’s might. The day’s drive could not have been more bright of daytime than it was. The river danced with springlike energy over and around the boulders which cause it to bend near the highway.

And I was stilled at its sight.

One year ago, in one of those breathtaking moments of the turn of the world, a gentleman at work spoke to me of his mother. I spoke to him of my father. As the conversation progressed, we realized our paths had crossed eight years ago at his mother’s funeral. She was a cheerful, positive soul whose life had intersected many times with my own in this small midwestern town. She had adored my father.

An observer would have noted the moment of instantaneous recognition between the two of us. Between the mutual tears, he told me a story of my father I had not heard before.

“He was fair,” he added. “And he loved to draw. He was always drawing pictures of boats.”

And I smiled, my eyes brimming with tears.

On 107, I stopped at a little park. A product of the Conservation Corps, the wayside park has hosted many school and family picnics as well as moments of fishing for northern pike. In rather an unlikely, forgettable spot, the park has been meticulously maintained, even improved upon. I watched the river sparkling happily from the release of spring. The unspoiled air smelled freshly tumbled with the cheery warmth of sunshine.

After all, it was my father’s wish.

Love, Blessings, Happiness and a kiss to boot! (I mean, really, what harm could one smooch do?)