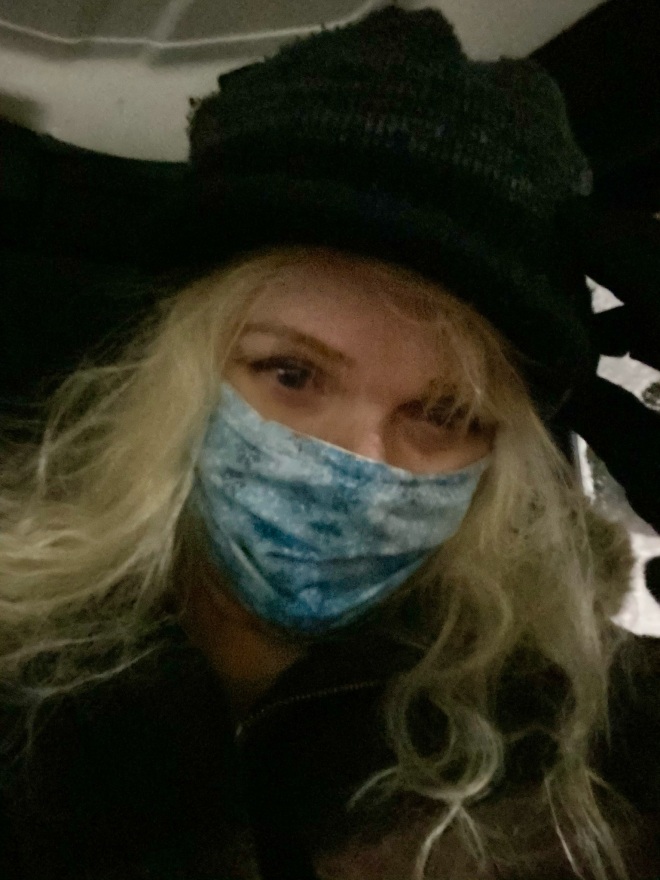 You see, I set for myself a monumental goal. People in my daily life would describe me as an extremely positive influence. I tend to think of myself that way. But I have set before myself a monumental personal goal. To me, it is huge. And even though I am positive, I am also positive I cannot accomplish this goal. In other years, I have come close to realizing the goal, but I never quite get there.

But I have this dream for myself. That is what it boils down to. I have a dream for no other reason than to have one for myself. In other years, I would justify, explain, compare, hope and yearn. Now, without sufficient detail, I know all that makes no sense, but I do not want to talk about it. I have talked and written and tried so much and so many times. And with all that, I have failed. I have failed myself.

I realized that this blasted humungous goal could be pared down to steps. Forty steps, to be exact. I need to do the same step forty times. Sounds simple enough, right?

No, it is not simple, but it is. I do not want to talk about it. But I do. And no, I do not wish for your prayers either, but I do. Nor do I want your thoughts and hopes. But I do. My reasoning brain reasons that those energies are better served to the universe for Houston, hunger, peace or COVID 19 efforts.

Now that is a repeated life lesson for me. For me, I have believed it would be selfish to call about my own, unnecessary wishes and goals. Au contraire! I want them! I want those goals and wishes and dreams. I really…really…really want them. For the third time, I write, “wait, what?”

Yep, life has brought me to this spot in which I admit my selfish desires for myself. I not only want the dream that I think I cannot do, but I want the other one too.

To be so bold as to write is a piece of that dream; in a love affair of mind and of eyes, fondness in words with touches of tenses. The longing of sentences from writer to reader, is believing in mistakes hidden in commas and hopes punctuated with dreams. A selfish desire, no doubt, or maybe one of the best of human miracles.

Or maybe it all becomes a prayer. But I do not feel worthwhile to accept the prayers of others. I believe in prayer, but I do not want your prayer. Your prayers are for you and G~d. Or the universe. And I cannot interrupt that relationship. But I can pray.

And I need to write about my forty times. The goal is more complicated than that, but actually it is not. My tendency is the over analysis of everything – which is just fine and dandy and I am fifty-five (aka not going to change that much) – but really the complication boils down to forty. Four. Zero. Four zero. Forty. Forty times. No technicalities and no excuses. Just forty.

Steph. It is a goal of forty. Four. Zero. Four-zero. Forty. Forty times “I cannot do this.” Four. Zero.

Forty times. And each day, I will think of a blank page and you, on its surface, waiting for news of my experience. Will it be worthy of you? And will my words be enough? Each of the forty, will I intimately weave them into my heart, into my being?

For the first time in a long time, I am afraid. The only entity worthy of my fear is me. I will let you know.

In the past ten days, I have been chasing the sunshine. As frantic as those moments sound, I found it not so unpleasant. I liked the determination of driving before the sunrise. I liked the highway, driving north into the cold darkness, fighting with the defroster to keep my windshield un-iced as well as keeping my toes warm. As I headed north for twenty-odd miles, the morning sun over my right shoulder cut the night’s darkness. The thin slice of sunrise and the faint glow of the coming day shone opposite the stars which hung unto the dark hours. I would like to pose them as lit soldiers ranked upon a shadowy battlefield doing war between the hours of light and dark, but my early mornings were nothing so dramatic.

At least once I got going. Those first steps from the heat of a blanketed bed to the crisp cold bathroom floor are certainly worthy of a five minute drama. But those high stepping, grumping minutes are my only battles of the day.

The pre-dawn drive allowed the night sky to swallow me until I eased into the corner, turning me from northward to eastward, flinging me from night into the rising sun. How many times did I wish to stop to take pictures of the approaching day? These were the coldest mornings of February and quite possibly the coldest of the entire Wisconsin winter with windchills of forty degrees below zero Fahrenheit.

And I chased the sunrise.

I like opening the store and I like closing the store. In the past ten days I have had both. When closing the store, my day began by chasing the noon hour sun. “High noon”. I appreciated the busy, alive roads as a far cry from the worst times of the pandemic. Last year, the highways emptied of commuters and semi-trucks. It is an oddly nostalgic feeling to remember the roads from eight months ago. Wisconsin highways have returned to the winter traffic of semis, logging trucks, pickups and vehicles touting snowmobiles on trailers.

On the coldest of pandemic days, my Jeep bolted among the traffic. The grayed days gave way to frigid, sundrenched days. And those February days lengthened noticeably. Dunning my aviators, I could almost smell the sunshine of noon hours.

Or so I imagined.

The longer days also meant that on the days in which I opened the store, I would leave before the end of daylight. A small pleasure, but a noticeable one, I could chase the setting sun.

But it was during those days of chasing the sun, that my goal was set. During those chases, I decided my goal was nothing more than doing the same thing forty times.

Forty. And I began to fail. But I also began to learn. And I learned to chase something far more important than I have ever chased before.

Lots of love to you…and a kiss to boot. Speaking of boots, I started to wear my black shiny boots of boldness!